CKMP Crews up for Stunts on 2016 Budwesier Superbowl Commercial 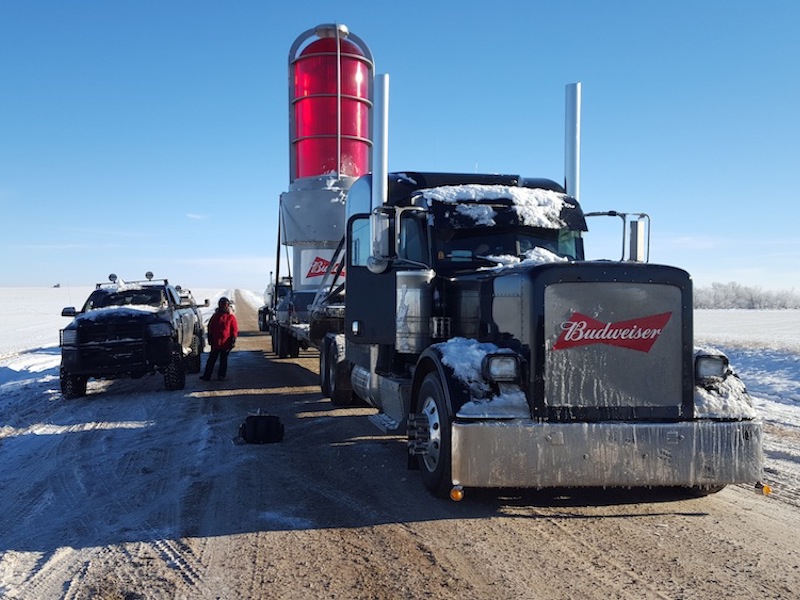 We get a lot of requests to be involved in awesome media or events, but we just couldn’t say no to this one!  We sent these guys the headshots they wanted when they requested some professional drivers- mountain looking men and one woman, and got the job.  As you might know, we have a couple of those around.

The whole idea of the commercial is that we are a crew trying to get the Canada’s goal light for a hockey game to the north pole.  We mad max it across a couple fields of snow in Drumheller, Alberta- the closest flat plain of snow that looks like it could be at the North Pole, with two semis, four huge trucks, and two snowmobiles.

Check out the extended version of the commercial here!

Carl did a lot of the closer shots you see of the semis, driving the side by side they had with the cameraman hanging off the back, inches from the bumper!  Shelley Ferguson and Greg Ryan rode the snowmobiles cutting back and forth in front of the semis for some dramatic effect, riding super close to the big trucks, trying not to get bounced off track into their paths.  Lorne Alcock, Jason Ribi, and Rob Alford drove the big trucks, making a super tight group ripping across the untracked snow with big tires losing traction on the ice.  It was one of the coolest experiences we’ve had, and we came out of it a tight knit group with some new team building under our belts!

We’d like to do this again! We’re available for crew stunts if you have a project for media you’d like to promote, email us at info@carlkuster.com.

Check out the gallery below!  We’re a super fun crew! 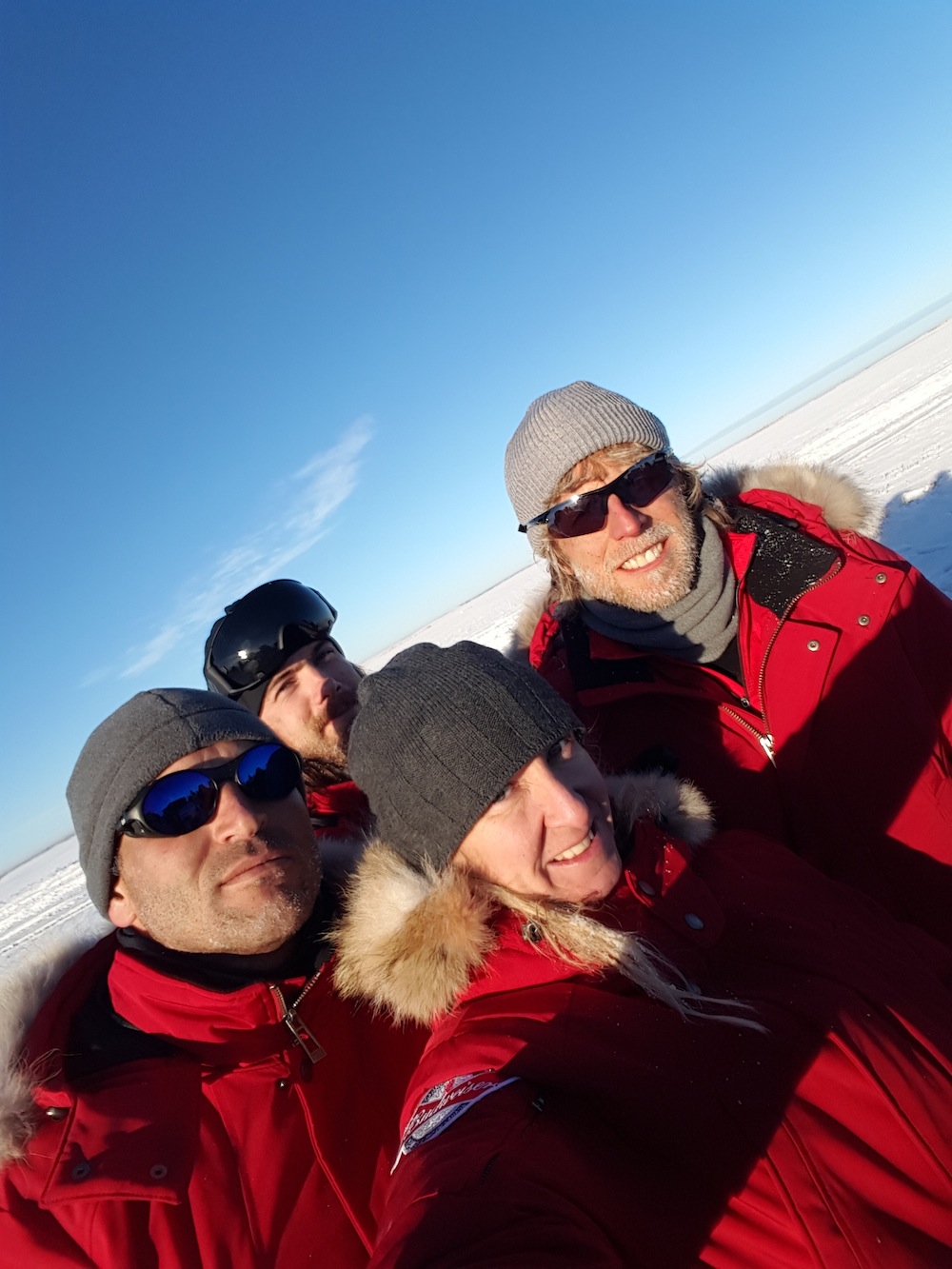 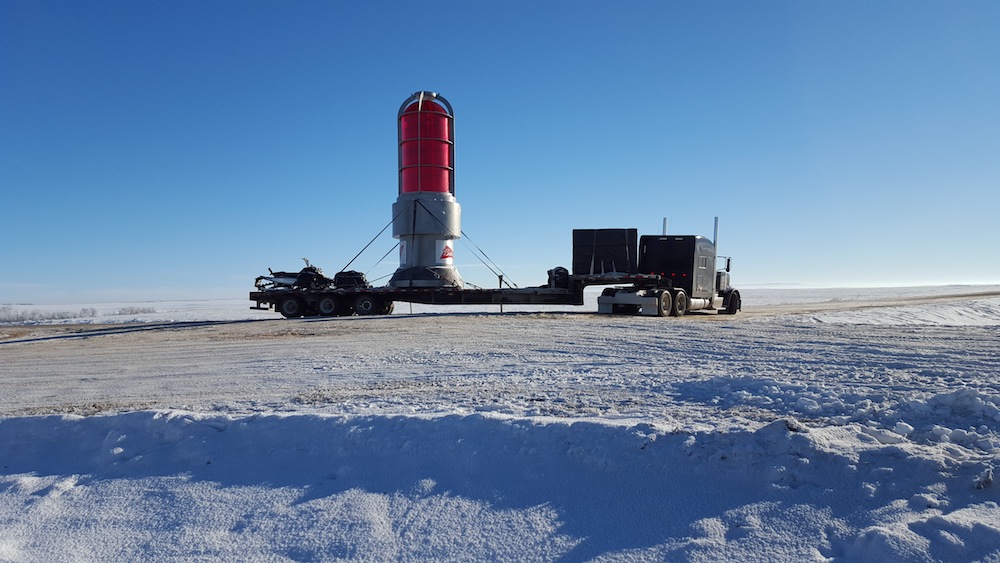 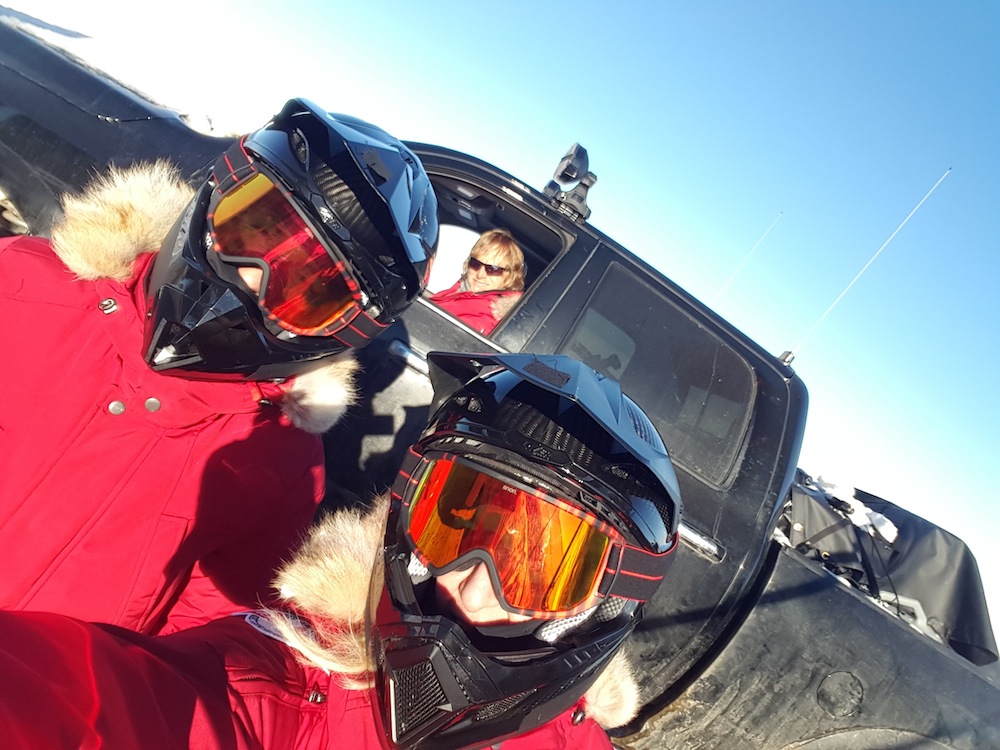